With less than a week before the Google annual event I/O, rumors are starting to spread about a potential new Google VR headset, which is currently called “Android VR”. Most enthusiasts are expecting a stand-alone device to compete with the HTC Vive, Samsung Gear VR or Oculus Rift, but it might be just a new re-brand of the old and popular Google Cardboard project.

What was wrong with Google Cardboard ?

Google Cardboard is great and became so popular because it is accessible. You can buy a headset starting from $3. However, you still need a smartphone to play with it, but not any smartphone. You need a device that has a working gyroscope and it is supported by the official Google Cardboard app. If you have a phone older than 2 years, or under $300, it is likely that it is not officially supported so you miss a lot of things.

Google cardboard was received with a lot of enthusiasm, but the fact that you need a good new phone to make it work might not be considered a good option for Google to really enter the VR market.

How much it will be ?

As we know Google, they want to make an impact. Since HTC Vive is $800, I am thinking that Android VR should be priced somewhere between $350 and $500. Why so low ? Because they don’t want to profit from it from the start and they have other means to take our money.

I hope not. Even if they move to something bigger, I think that with cardboard, virtual reality can be brought in any home. Probably in few years we will all have smartphones with gyroscope and good to run the official cardboard app. There are many issues: phone overheating, small field of view, etc, but at least anyone can get a taste of VR for cheap. 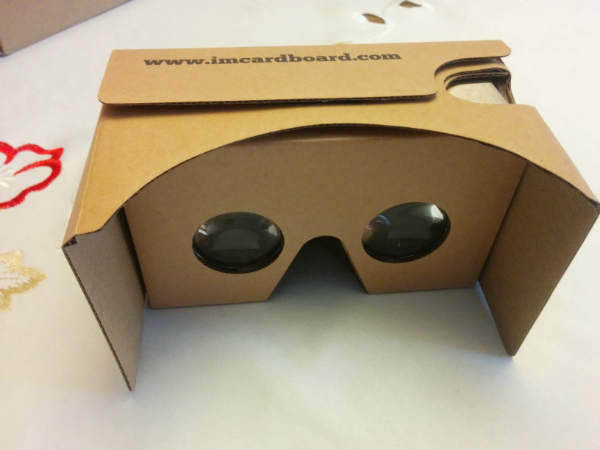