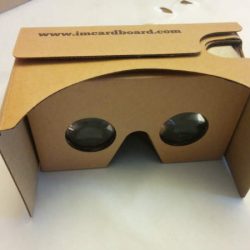 With less than a week before the Google annual event I/O, rumors are starting to spread about a potential new Google VR headset, which is currently called “Android VR”. Most enthusiasts are expecting a stand-alone device to compete with the HTC Vive, Samsung Gear VR or Oculus Rift, but it might be just a new re-brand of the old and popular Google Cardboard project. What was wrong with Google Cardboard ?